Whatever happened to Christopher Robin?


World Book day brought lots of enquiries for last minute costumes for both children and adults wanting to dress up as characters from their favourite books.

Willy Wonka was a favourite this year along with the usual Alice in Wonderland, Captain Hook, Charlie Bucket, Harry Potter and the Queen of Hearts.

What was noticeable and rather sad was that a lot of children appeared to have not ever opened the cover of a book and certainly could not reel off any memorable characters at all. Completely nonplussed by my enquiry as to what was their favourite book, one small boy could only ask for a list of warriors from his computer game.

Many children requested characters from films, like Woody from Toy Story or Simba from The Lion King. These children are convinced that these characters are from books, they do not realise that  the book has been generated from the film.

A whole generation are missing out on the delights of a good book, the depth of the characters portrayed there and the opportunity to use their own imagination as to what the characters look like.

Children today seem terrified of using their own imagination or being strong in saying “ I think the character in that book would wear this, or I imagined that he would look like that” all costumes these days have to be exactly like the film version.

Who is Christopher Robin? What happened to Treasure Island, Stig of the Dump, Swallows and Amazons, Swiss family Robinson and The Just So stories? Not one child had heard of these.

I do hope that our children’s reading skills will reach a level where they can enjoy a good book, or they will miss out on so much. Inter-relationships, feelings and character’s thoughts cannot be portrayed easily onto film which is why it is so often the case that the original book is generally better than the film, it just has more depth.

World Book Day is a marvellous event that focusses our attention onto books, but just dressing up for the day as a ninja turtle really hasn’t helped some children.

For more information on our costumes call us on 01908 372504 or visit www.admiralcostumes.co.uk 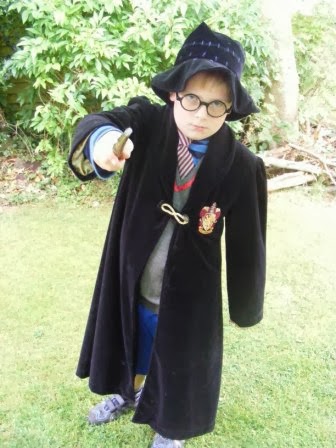 Posted by Admiral Costumes at 05:06