Dad’s army costumes need to look authentic and be tailored to the individual characters in the play, which is based on the popular television comedy series set in the fictitious 1940’s town of Walmington-on-Sea.

There are some very strong characters in the piece with the pompous banker, Captain Mainwaring, leading a troop of unlikely local men to train as the home guard.

With the suave sergeant Wilson as his sidekick, Mainwaring leads his ‘privates’ into all sorts of hilarious mishaps whilst trying to save Walmington-on-Sea from invasion by the Germans.

The troop includes Lance Corporal Jones the butcher, Frazer the dour Scots undertaker, the incontinent Godfrey and dim witted mummy’s boy Pike, who always wears a scarf over his uniform.

Other characters include, Mrs Pike with her coat and headscarf, Mrs Fox with her brash dress and fox fur and the plainly dressed Mrs Grey.

Admiral Costumes have a great set of WW2 style blouson tunics, trousers, chip bag hats and putties to create the look for this show. With some lovely tea dresses, coats and hats for the 1940’s ladies.

For more information on how we can help you with your Dad’s Army production, please give us a call on 01908 372504 or visit www.admiralcostumes.co.uk 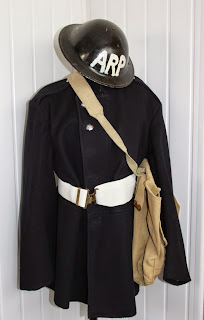 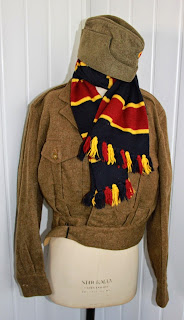 Posted by Admiral Costumes at 01:19