Well another crazy week here at Admiral Costumes.
It’s late Saturday morning and the mid- morning rush has just abated, so a quick coffee and a chance to mull over the week that we have had.

It all started sensibly enough with a confirmation order for Allo Allo. What fun it has been, getting those German uniforms out again, just a few strings of medals to add and an eye patch for Colonel Von Strohm.

Finding an outsize Officer Crabtree was a momentary challenge, but we have an adapted military jacket that looks absolutely great with an enormous police cape and white baton – he will really look the part.

With some prop items shipped to Strictly – the recorder is already primed to catch the first dancing episode tonight. Look closely for a red ball gown and some dancing shoes in a background shot. Wine and nibbles on the sideboard – I will be glued to that one.

On reflection it has been a week of peasants. Field workers are required for a November production of Far from the madding crowd. Skirts, caps, aprons and waistcoats suitably stressed look great for this type of character. The Lord Mayor’s show later in the year will feature some rather grim looking farmers courtesy of our stock.

The first Victorian gent of the season was suitably attired in readiness for the Christmas Fair season. With Olney, Milton Keynes Museum and other local villages and schools loving a Victorian themed Christmas, you need to reserve an authentic costume early to get the best one in your size.

Then we’ve had three school girls aka ‘The Happiest Days of Our Lives’ setting off for a North London showcase. Traditional Gymslips, boaters and ties will look great on stage.

So today I’ve met an Adam Ant, several peasants and an RAF officer, received our first Halloween 2017 order on-line and pencilled in ‘Frankenstein’ for January – all in steam punk – how exciting is that? 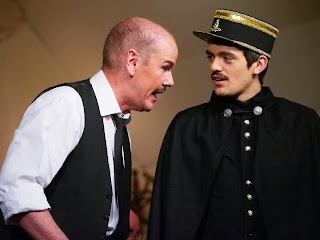 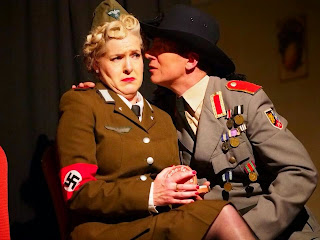 Posted by Admiral Costumes at 01:49