Designed by Susan Small, I was manufactured in Britain in the early 1960’s, proud to be produced by such a well known fashion house that was best known for party dresses and evening wear.


I was definitely a cut above the rest as I posed in the window in Bazaar one of the trendiest shops on the King Road, competing with Mary Quant and the other dresses alongside me in the window by Laura Phillips and Blanes.


Imagine my delight when after a really short time, I was tried on by a delightful young trendsetter from Hampstead, packaged carefully in tissue paper and taken to her home ready for my foray into the exciting life of London.


My understated style and expensive trimmings made me the perfect little black dress of the day for formal and stylish functions. I found myself at lunches, art galleries and shopping in other stylish shops in Oxford Street.


I didn’t stay long with my first owner, she was far too fashionable to wear the same item more than once, so I was passed on to her sister’s friend, who having married young, was short of cash and happy to accept any designer cast offs.


I was much loved here and spent many an hour at parties, dinners and special occasions. Sadly I became out of favour as the dress lengths and styles got longer again in the 70’s and I was relegated to the dressing up box, which was great fun, but a bit uncomfortable at times. I felt a bit shabby and tired and was relieved to be finally packed carefully and put in a suitcase.


I must have spent several decades in a loft, but emerged unscathed to be unceremoniously dumped at the door of a charity shop in a carrier bag. I was ironed rather badly and hung limply on a rail for a few weeks, before being bought by a lady who thought she was smaller than she was. The zip stubbornly refused to pass over her hips and so I was given away again.


I was delighted to find myself hanging alongside other dresses similar to myself at last at a vintage fair. I met up with a Simon Massey number and brushed shoulders with a lovely pale blue satin Kitty Copeland mini dress.


It wasn’t long before I was snapped up again and the excitement of being pulled out in a theatrical costume store and realising that possibly my life had only just begun, made me pull my threads in and push my label out – after all there are not many of us original Susan Smalls around these days.


Now I have been lovingly refreshed – I smell and look superb. I have been on stage in dramas set in the 50’s, I have been out to parties again and most recently I have been teamed with a Peter Bentley Hat for a vintage special occasion.


Vintage is in again and I look forward to being hired by a new set of 21st century stylish women that appreciate a good cut and the quality and history associated with wearing a true British gown.

For a fantastic selection of vintage wear for hire, please contact Admiral Costumes on 01908 372504
www.admiralcostumes.co.uk 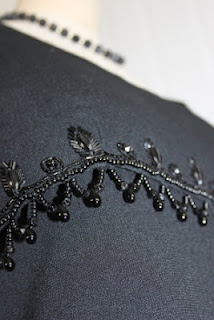 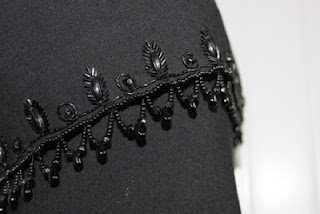 Posted by Admiral Costumes at 00:42