Panto season - It's behind you!


Hello there darlings…Gladys Costumier here, it seems pantomime (panto) season is upon us!!

It does make Ruth and the Admiral Costumes team smile when the season hits the shop – it’s the enthusiasm panto generates by young and old alike.  We particularly like it when we get the Am-dram teams come in to finalise their costumes with the cast…and there’s Dame fitting.

There seems to be an air of naughtiness around the fellows playing the dame and they take on this amazing persona that normally has us rolling in the aisles – and that’s even before we’ve hitched up the striped socks!! (We have some of those by the way).

The best thing about panto is that it suits all ages – from the little first timers to the seasoned attendee, there’s always magic and expectation in the air as the lights dim, the audience hushes, the curtain begins to rise and the hero steps on stage (it gives me goose bumps).

Let’s face it - who doesn’t love the moment that Aladdin steps out or when Widow Twankey bustles in (did you know she will be 156 years old this year – she’s looking good on it!!)

In the quest for knowledge, I hopped onto Wikipedia and found out that pantos, in a form, date back to the Romans – but panto, as we know it, really took off in the 17th century in the form of masques and music halls…who knew!!

Most pantos tell stories based on fairy tales and folk lore and there’s always a hero/heroine and a baddie (who doesn’t like a good boo at a baddie!!), songs and audience participation, but most of all don’t you think it’s about being able to be silly, no matter what your age and joining in, I mean who doesn’t like a good sing song and a rousing chorus of Do Wah Diddy!!

So if you are one of the many tens of thousands going to see a professional or local Am-dram panto production, whether it’s the ever popular Cinderella to Snow White, Peter Pan and Dick Whittington, remember the baddies deserve a boo, cheer for the hero or heroine and don’t forget, when it comes to the Dame - it’s normally behind them!!

Toodles darlings, until next time!! 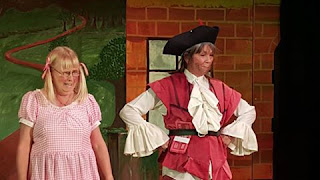 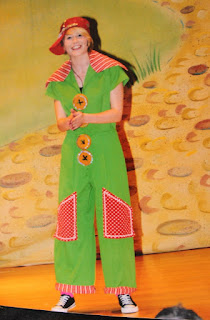 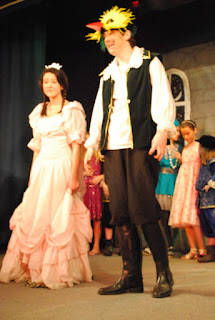 Posted by Admiral Costumes at 01:04