An Awesome August with Admiral Costumes

It was with great excitement that we saw the month in with our 70’s chic clothing featured in Vintage Life Magazine for the first time with a four page spread of delightful photographs produced by Sally Crane.


The new month was also heralded with a new window display by Ruby’s Vintage Moments who expertly arranged a fantastic collection of vintage items and props into a ‘costumes through the ages’ display in the window of our store in Newton Longville.


Having despatched a set of costumes up to the Edinburgh Fringe Festival to appear in Edward Allen Poe’s ‘The Flight of Icarus’, I headed up to London for an exclusive backstage tour of the London Palladium. I not only posed on the yellow brick road, but had a chance to try on some of the costumes from The Wizard of Oz’s Emerald City and visit the fascinating wig department.


As I mostly work alone in my store, I had the realisation that Gladys (my manikin) was probably my closest confidante and it was only fitting that a tribute should be made to her and I published ‘My Ode to Gladys’ in recognition of her service.


With the party season approaching, we had the opportunity to stage a photo shoot in the celebrity bar at The London Palladium and some fabulous pictures of our vintage ball gowns and 60’s wear were taken against the dramatic backdrop of the wrought iron spiral staircase and show posters, by Lewis Bridge recently graduated from Nottingham Trent University.


When three pairs of Lederhosen went up to the Olympic games, it made me reflect that our costumes not only go to some amazing places, get worn by celebrities and star on stage, they in fact lead a far more exciting life than I do. I decided to investigate one of our labelled vintage items and write about the Life and times of a Susan Small dress. The gorgeous little black number is currently hanging on a rail just begging to be taken out on the town.


The last week has been busy with over 100 of our 50’s outfits strutting their stuff at Milton Keynes Theatre in Guys and Dolls, produced by MK Stage Experience.


We look forward to providing costumes for some major vintage events this Autumn, with Goodwood Revival and the North Yorkshire 1940’s pageant, together with three productions of the Sound of Music set in 1940’s Austria.


For read full versions of our stories and view our pictures please visit our blog http://www.blogger.com/home 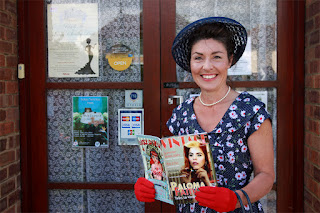 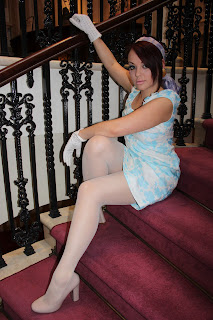 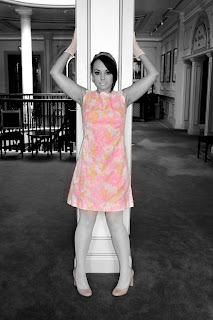 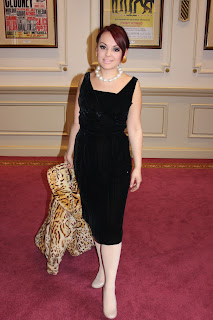 Posted by Admiral Costumes at 07:05