And Then There Were None

And Then There Were None is a play based on the tale by Agatha Christie where 10 guests are invited to stay on an island.


Each guest has a framed copy of the Nursery Rhyme ‘Ten Little Soldier Boy’s’ on the wall in their room and gradually the rhyme chillingly becomes true as each guest in turn is murdered.


The guests realise that they have been tricked in coming to the island and their means of escape cut off when the supplies boat fails to turn up.


Costumes required for this play which is set in the 1930’s and has mostly male actors, include smart dinner jackets and lounge suits, wing collar shirts and bow ties which are suitable formal wear for wealthy gents of this period.


Admiral Costumes have an excellent stock of authentic 1930’s style dinner jackets and waistcoats in a variety of sizes to suit most figures. For the ladies, tweed suits, day dresses and elegant softly styled evening wear is also available in a range of sizes and styles.


For more information on our excellent range of 1930’s wear for plays of this period, please visit www.admiralcostumes.co.uk or give us a call on 01908 372504 to discuss your requirements


The currently published, not the original version, of the rhyme goes:
Ten little Soldier boys went out to dine;
One choked his little self and then there were nine.

Nine little Soldier Boys sat uo very late;
One overslept himself and then there were eight.

Eight little Soldier Boys travelling in Devon
One said he'd stay there and then there were seven.

Seven little Soldier Boys chopping up sticks;
One chopped himself in halves and then there were six. 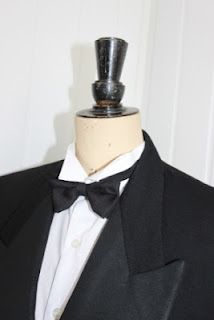 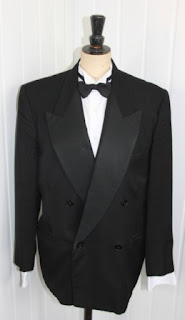 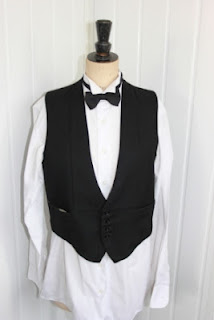 Posted by Admiral Costumes at 01:29