Based on the hugely popular TV comedy series, the stage version of 'Allo 'Allo follows the adventures of René, the hapless café owner in war-torn occupied France, as he and his wife, Edith, struggle to keep for themselves a priceless portrait stolen by the Nazis and kept in their cellar.


René is hiding two British airmen and is endeavouring, with the help of the Resistance, to repatriate them. At the same time, everyone is trying to get their hands on the valuable painting of the Fallen Madonna by Van Clomp.

All plans are turned upside down when it is announced that Adolf Hitler and Field Marshall Hermann Goering intend to visit their small village of Nouvien in war-torn France, which leads to several of the characters attempting to impersonate either Hitler or Goering in a last-ditch attempt to get their hands on the so-called valuable work of art with the aim of selling it after the war.

The comedy play has all the characters of the TV version; Rene the café owner, Edith his wife and Yvette the maid.


Admiral Costumes have a good selection of costumes for this show, with German uniforms and trenchcoats in grey and khaki jackets and trousers, for Gruber and General Von Schmelling, gendarme costumes, british airman jackets with helmet and goggles, and outfits for the main characters.


We are delighted to be providing costumes for the Nemesis Theatre Group in Flitwick who will be producing this excellent play next month. 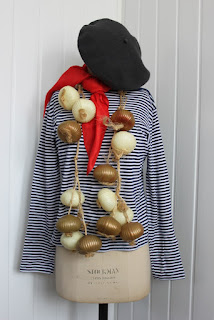 Posted by Admiral Costumes at 00:20